Volkswagen’s “Think Small” campaign quickly went from a head-scratcher to one that would change advertising forever. It took a small foreign object, crafted by Hitler, to America’s most popular automobile. By 1972, the VW Beetle became the best-selling car.

Americans had an obsession with flashy cars hogging the streets in the 1950s. Advertising from the automotive industry was no different. Flashy. Like a dream. Unrealistic. But the Beetle was different. It was small, compact and ugly. But the worst part was that it had Hitler’s touch.

It starts with Hitler’s obsession with cars and his admiration for Henry Ford. They inspired him but he also saw cars as a political tool. One that could spark growth for Germany in route to increasing their world power. His thought was that the people needed an inexpensive, small car, for everyday needs.

In the 1930s, he started executing on that idea. He sent his staff out to various automotive manufactures in hopes of figuring out how to make the peoples’ car. Word traveled fast. When word got to Ferdinand Porsche about Hitler’s grand idea – he wanted in. He met with Hitler and they hit it off.

Still, in the 1930s, they agreed to make a small, compact and affordable car for the people but Hitler had rules. If they were to do this together then the car had to:

This, plus funding from the Nazis, and Porsche was in.

Together they started working on bringing this car to life.  In 1938, Hitler was constructing a huge factory to mass-produce the car after creating successful prototypes. He named it Kraft durch Freude-Wagen. In English, this means “Strength Through Joy Car.”

But after the beginning of WWII, everything was put on pause. It wasn’t until the war ended that production would resume except this time, in the hands of the British. The Britains restored the factory, started building off a past prototype, and quickly built the dream car. By the 1950s, the Volkswagen(VW) was selling all throughout Europe. The car was gaining traction.

By 1958, it had even made its way into the US market and had sold over 100k Volkswagens. But still, Americans were obsessed with the cool vibes while riding in a Chevrolet or Oldsmobile. So, Volkswagen sent Carl Hahn to change this.

Carl Hahn was now on a mission to advertise VW’s way into American culture. Carl was on an agency hunt. Agency after agency, they all disappointed. It wasn’t until a friend connected him to Doyle Dane Bernbach aka DDB where Carl met with Bernbach. This time it was different. Carl was sold on Bernbach. His honesty and vision matched with those of VW. They signed the contract right there. $600K to work that DDB magic on a despised Volkswagen. In comparison to other car manufacturers, this was a baby budget.

The account was given to Helmut Krone, the “fidgety perfectionist” Art Director for DDB who was already working on a local VW campaign, and funny enough – owned a VW. To work with the art director was a copywriter. His name was Julian Koenig. However, the two didn’t get along. They clashed on the vision for the campaign.

On one side Helmut wanted to bring a simplistic feel to the campaign. On the other, Julian wanted to advertise like the other car manufacturers – dreamy and flashy. While scanning Julian’s copy, Helmut was struck by a line. The copy said, “maybe we got so big because we thought small.” The light bulb went off and Helmut exclaimed “Think Small”. That’s going to be the headline. Here was the birth of an ad that would change advertising.

The VW ad would have a traditional ad layout with unconventional creative. Followed by the typical headline and three-column body. This was a popular format. The body of text used sans-serif typeface, futura. At the time, serif typefaces dominated ads. It didn’t stop there. Not only was the font different, but there were widows and orphans all over the ad. It was done on purpose to give a feel of authenticity and personality. Among the sea of widows and orphans, in the third column, you’d find a VW logo that looks like it doesn’t belong.

Lastly, the image. When every other car printed ads in raving colors – Volkswagen printed their ad in black and white. When most car ads used dreamy illustrations to paint a perfect life – VW used a small photo of the car in the left corner engulfed by white space.

As genius as it all sounds, Helmut hated the ad. When it was first published, he left the country in anticipation of all the criticism he would receive. But the people LOVED it. It resonated, was honest, simple and had personality. Everything ads weren’t in the 1950s. The sales reflected the campaign’s success. It was so successful that VW piggy-banked off the campaign for the next 11 years.

By 1972, The VW had gone from an ugly foreign object to the best-selling automobile crowning themselves champ over the Ford Model-T. It worked so well because it was so different. In the 1950s, speed, style, and design influenced the purchase of cars. Volkswagen couldn’t offer this. Beetles were small, slow, and ugly. So they embraced it.

Every ad they released broke down why this was actually a good thing. From small repair bills to squeezing into small parking spaces, VW made a case for owning a Beetle to be one that’s smart, bold, and practical. Not one of fantasy glamoured by the dreamy illustrations. It was a whole new form of advertising consumers hadn’t seen. It was honest. It was clever, intelligent and humorous.

Shupav Group is supporting business owners to build and scale successful brands in Africa. We do this through pioneering Digital Marketing, PR & Communications, and Sales Enablement solutions. www.shupav.com 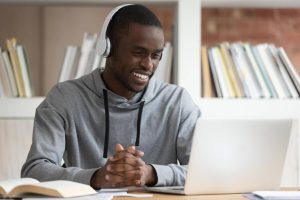 6 Sales Videos To Help You Become A World-class Closer

I’ve worked with Mike personally and he’s one of the best cold callers I’ve ever seen.

His training will take you

5 Principles To Upgrade Your Writing

Explain technical terms the first time they appear. Don’t try to sound clever, be clear instead. Say what you mean, 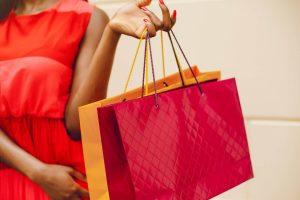 Psychology Tricks and Tactics in Marketing

When choosing between two options, adding a third, less attractive option (the decoy) can influence people’s perception of the original

Shupav Group is supporting business owners to build and scale successful brands in Africa. We do this through pioneering Digital Marketing, PR & Communications, and Sales Enablement solutions.